Looking back through the old posts on our blog...way, way back....and I saw the old shop near Brick Lane before we had even opened in 2008!
It has been a long journey and we have shared it with all of our friends, family and the wider C&B family alot of who are also our loyal customers...and last but not least the paint companies with whom we work to keep London as colourful as possible.
So, if you havent done so, and if you are interested, have a look and see where the Chrome and Black journey started....below is a short article from early on in the blog which Drax WD wrote about the tragic death of Skeam who was a young writer put in jail for Graffiti on trains...PIECE!

I just put it up so I could write a message about something far more important. Last Sunday (Feb 8th) a writer called SKEME/SCEME was found hanging dead in his cell at Camp Hill prison on the Isle of Wight. He was serving 30 months for graffiti offences. He was 23 years old. I didnt know him but I know what he was: He was a writer, the same as many of us.

Firstly let me say Rest In Peace brother and secondly lets f***ing do something about this disgusting state of affairs.

This Saturday (Feb14th) there is a protest being organized outside the High courts of Justice on the Strand from 1pm. I do not know who has organized this event but if you google Skeme, protest, Graffiti etc you may find additional info. There is also a petition you can sign. The point of the protest and petition is to demand "AN END TO CUSTODIAL SENTENCING FOR NON-VIOLENT GRAFFITI OFFENCES"..

What kind of disgusting country are we living in when some evil cnut of a judge has the power to condem a young man to spend the best part of a year and a half of his life in prison with all manner of nonces, diseased riddled drug addicts, sexual predators and institutionalized criminal delinquents just because he wrote his name on a wall/train/bus whatever? It's disgusting.

The vindictive British Transport Police (a two bob outfit if ever their was one) tell lies about the cost of such "vandalism" throwing around bullshit figures of 50/60k etc for "cleaning fluids" and other made up bollox that they invent. I had a charge made against me once for approx 2k to clean a dumped train that I know for a fact was "never cleaned". What a joke.

The time has come for these evil people to be shown up for the sick bas***ds that they are. How can a government label the likes of the Taliban "extremists" and "religious zealots" when they behave in such a vile manner towards their own citizens.

Please come along, behave loud but peaceful and show our disgust with this state of affairs (leave behind any beef you have "for an hour or 2" and unite in support of something much bigger than cross-out bulls**t and graff-wars)

A young man has felt the need to take his own life because of what these so called "guardians of justice" had done to him. Dont let the loss of that life mean nothing, say it loud enough and somebody might just listen.

Dont think were idiots that believe train bombing and street tagging should be legal. Give us a mop and sponge any day and I'm sure we'll begrudgingly clean up the mess we've made and learn some kind of lesson. Make us wear an embarrassing outfit with IM A GRAFFITI LOSER written across it if you so wish but dont treat us like f***ing animals and cage us. . . . It just aint right.

This Saturday anyone that calls themselves "a writer" should be there. Next time it could be you or someone you care about or respect. Paedo's get better treatment in this country than graff writers. Check on google for more info.. Try to be there. Coz if you dont show that someone cares these sick, twisted so called Police and Judges will only get worse and worse and worse. . . . . . . . . .
Posted by Mr Chrome at Wednesday, April 23, 2014

City of Paranoia 2 - available from chromeandblack.com 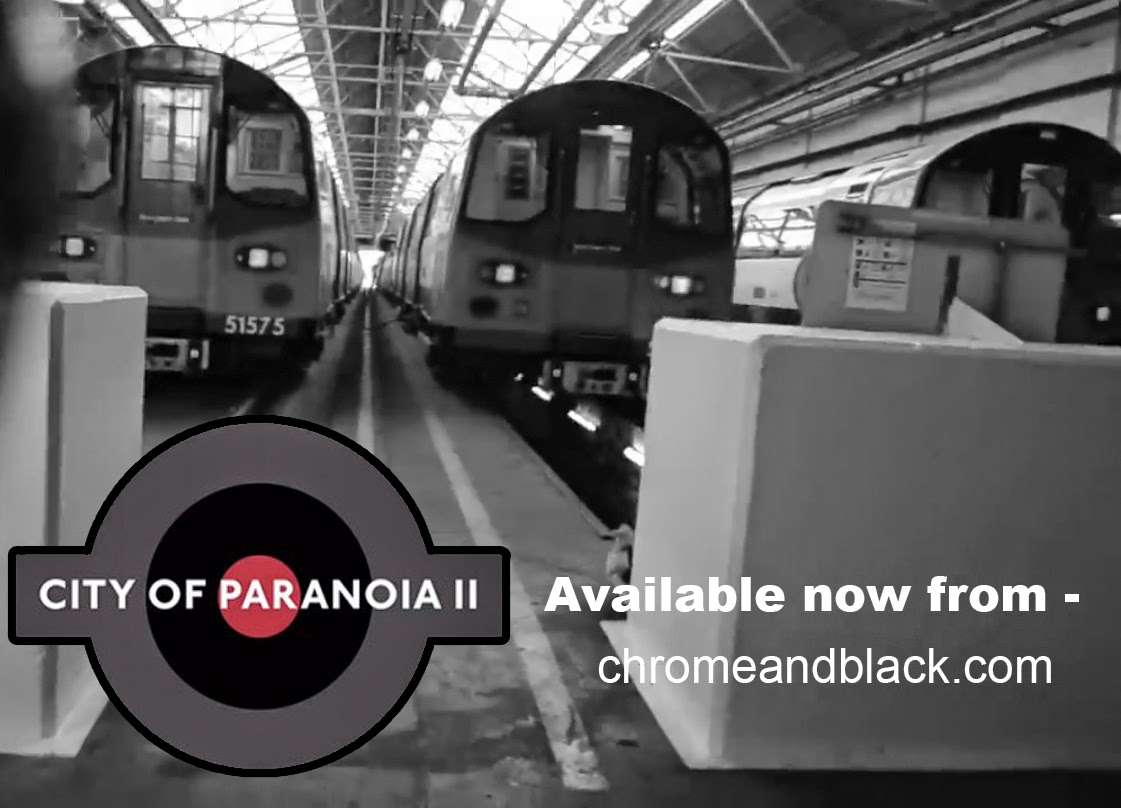 Animation production of Fire and Ice