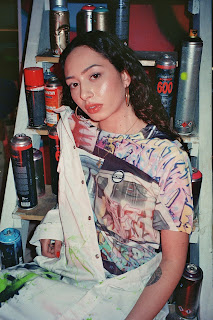 London History X is the idea of an unofficial history of London, a lot of which involves crimes and so is not documented or revered in the same way as 'official' history.

The first T in the collection features a glimpse into some of the iconic pieces that ran through the London Underground in the late 1980’s. 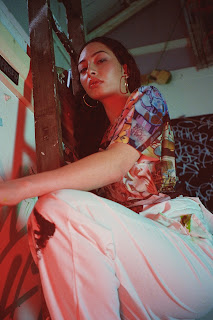 As a nod to the unofficial history from over the pond (NYC), this shoot was inspired by a photograph in Subway Art of Lady Pink, a true icon nicknamed the “first lady of graffiti” as one of the first women active during the 80’s subway graffiti culture. As Lady Pink says, "It’s not just a boys club. We have a sisterhood thing going.” 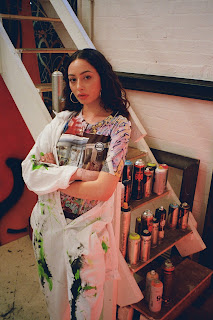 In 1984 the groundbreaking book Subway Art brought graffiti to the real world with photographic documentation by Martha Cooper of the movement in New York. Thirty years later, graffiti still runs throughout cities all over the world. 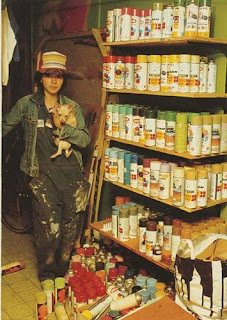 Chrome and Black is a graffiti and areasol art store in Bethnal Green, it started on a shoe-string budget in 2008 by two prolific London graffiti artists who started out in the 80's/90's.


The shop was originally created to supply London with the many emerging brands of spray-paint and graffiti materials. Chrome and Black is now a recognised brand. The Apparel draws its inspiration from the depths of the London train and bus graffiti movement and the colours that made it so vibrant. 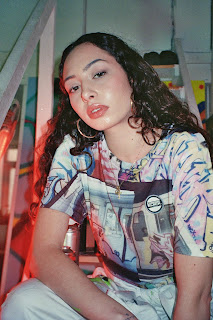